7th and 8th November 2015
Risnsun Jaguar was having his very first show and was still in kitten class aged 7 months, he reached 8 finals and did extremely well, the judges loved him.

Sunstorm Black Diamond was 7 times B.O.B and made three finals to become a TICA Grand Champion at just 12 months old in her first adult show

11th and 12th April 2015
Dazzledots Strike A Pose was made Champion in her first and only show by finalling and being 3 times B.O.B

Sunstorm Black Diamond our beautiful homebred girl Tia, attended this her first show aged just 5 months old. She did fantastic, especially for a charcoal as some judges are slightly controversial towards them. Tia made 9 finals including two Best Kitten, one 2nd Best Kitten, three 3rds, one 4th and two 5th's.

22nd and 23rd November 2014 saw a large attendance of titled Bengals at the show.
Risnsun Glacier again did well with a B.O.B and made a final to secure his Quadruple Grand Championship.


18th and 19th January 2014
Sunstorm Martini on the Rocks our stunning home bred girl made Champion in her very first show at just 11 months of age.


Sunstorm Clouded Fudge also made Champion at just 10 months old up against some very big and titled boys.,
Sunstorm Tequila Sunrise our 5 month old kitten girl did brilliant.She was 5 times BOB and 3 times 2nd best of breed from 8 rings.She made 5 finals and got one Best kitten, one 2nd best kitten, two  3rd's and a 4th.

Another great show day Saturday 1st December 2012. We took two cats along to the December show and they did amazingly well despite us only attending for one of the two days. Fudge could not pick up any titles as she was still a kitten, but did fantastic reaching all 4 finals with 4 out of 4 best of breed. Rocky reached two finals and was placed 2nd in a all breed final and achieved Champion status. Well done babies.

Sunday 1st April 2012 was the first ever Tica cat show in Ireland, our babies made us extremely proud. They handled everything very well and came home with loads of rosettes.
Our three kittens were judged to be the best 3 bengal kittens in two of the rings and our mink boy was best overall bengal kitten at the show. 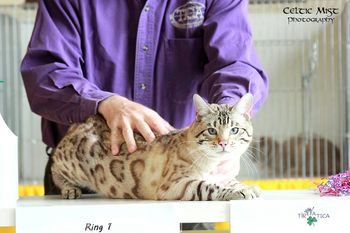 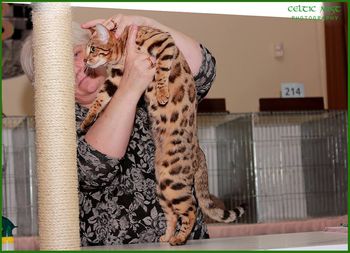 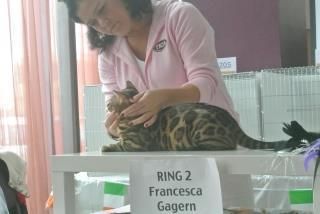 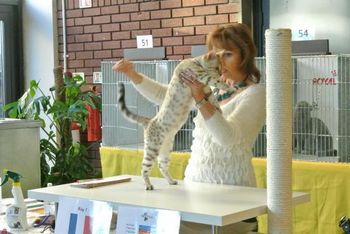 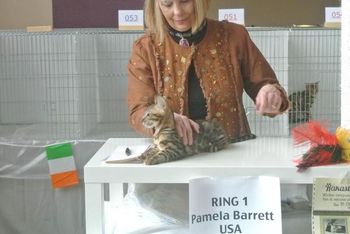 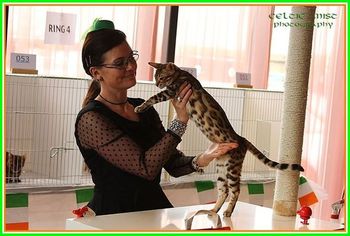 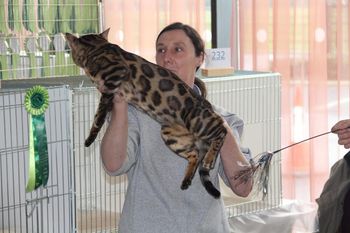 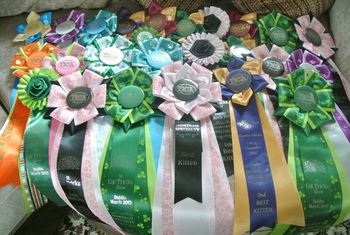 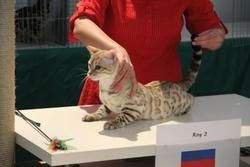 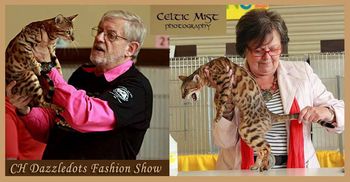 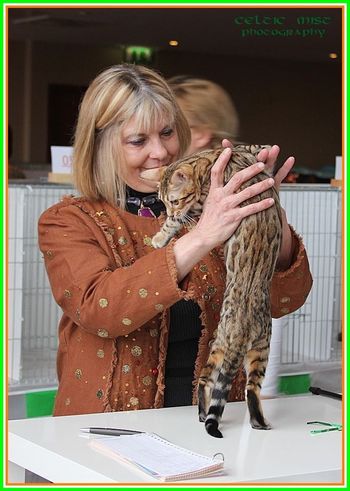